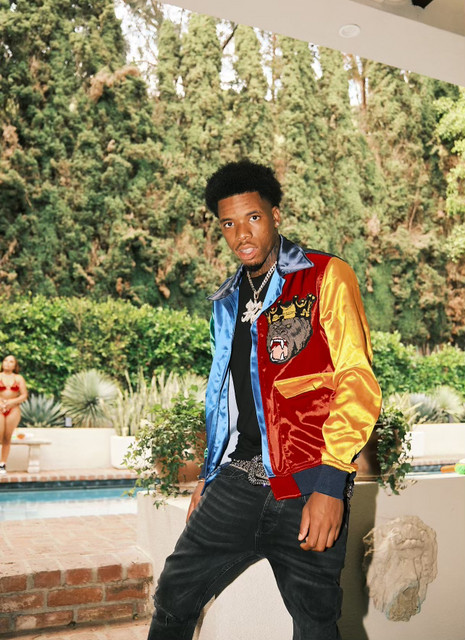 It was just two years ago that Jayvon May, class and cafeteria clown at Centennial High School in Compton, California, graduated and decided to take music seriously. Everyone around him chipped in with cash for recording studio time. “My family and my girl gave me money,” he says. “I’m taking $20, $40, $60 and going to the studio.” Their early investments have proven wise in 2019. In February Jaay, 19, dropped his widely loved It Cost To Live Like This EP and single “Uno,” which blends Hispanic culture and Hip-Hop’s thump.   “There’s a lot of gang banging where we come from,” he says. “A lot of people were dying. People were giving up their dreams. People were dropping out of school and giving up their goals. So I just wanted to change my life. I didn’t want to follow anybody. I wanted to make my own road.” Deciding to bang like his peers would have been easy. He has cousins who live the life. But through them, May saw the all-too-often sad outcome. Death or prison time was inevitable. “It comes with consequences,” he says. “I didn’t want to pay those. I wanted to live life. Get money. It’s really hard to make it out of where we come from. I found something that I fell in love with. That was music.” “You don’t always have to be so tough,” he says through a grin. “You can have fun. We came from negative. Now we’re up. We try to be positive. I’ve got an opportunity to feed my family. God wanted me to do this.”