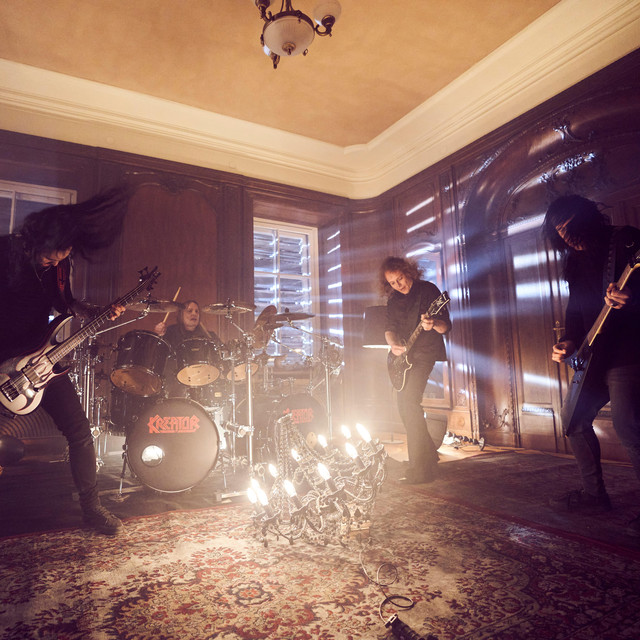 Arguably the most influential and successful European thrash metal band despite some competition from outfits such as Sodom, Destruction and Tankard, Germany's Kreator are by far the most enduring. Like many of their European speed metal brethren, Kreator fused the big four's --Metallica, Megadeth, Anthrax, Slayer-- thrash innovations with Venom's proto-black metal imagery, sparked it with Motörhead's balls-out velocity, and capped it off with the nihilistic outlook typical of heavy metal since the seminal days of Black Sabbath. Kreator's career also mirrored speed metal's rising and waning fortunes: building from strength to strength throughout the 1980s culminating in two now classic albums, 1989's Extreme Aggression and the following year's Coma Of Souls. As the new decade gave birth to grunge, Kreator felt it necessary to evolve, spending most of the rest of the decade taking their collective foot off the gas and exploring various combinations of industrial, goth-rock, and alternative sounds culminating on 1999's post-metal Endorama. Its reception was their best received offering in nearly a decade and kicked off a creative rebirth at the dawn of the new century, evidenced by 2001's universally lauded comeback, Violent Revolution, from which they