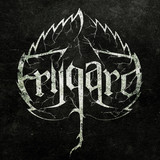 Frijgard is a Metal band from a region in northern Switzerland called Fricktal from which the groups imaginary name is derived. In 2009 they released their self-produced demo CD called “Morgenrot”. The feedback inspired them to go on and after the first few gigs they began with the song writing for their first full-length album. “Nebelwacht” was finally released in spring 2011 followed by some concerts in Switzerland and Germany. Frijgard’s sound is constantly evolving and was getting more and more melodic and heavy over the years. In 2014 the band finished a new completely self-produced full length album called “Bellum Aeternum Est” which deals with several wars of the last century and their horrors. By the end of 2017 founding member Timo left the band and their long-time friend Alex was introduced as a new Frijgard guitarist. At the same time the band changed their double main vocal setup to one lead voice screamed by bassist Sandro. At the moment Frijgard is preparing for live gigs with the new line-up and also for the release of their third album CHAPTER ZERO which will be out on June 14. Frijgard's lyrical themes are inspired by historical events, nature, science fiction, paganism (early songs) and fantasy. The sound of the new album will unveil new facets of the band aswell as carry on with Frijgard typical Heavy and Black Metal riffs combined with captivating acoustic melodies.