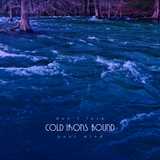 Cold Irons Bound is a Melbourne four-piece influenced by a mix of classic indie (The Church, R.E.M., The Replacements, Teenage Fanclub) and Americana (Dylan, Young, Petty, The Jayhawks). Their self-titled debut album was recorded by Brooke Penrose (Saint Jude) at Captain B Studios in Melbourne and released in October 2016. The Big Takeover praised the record for commanding "an astute control of dynamic contrasts". Their second album–‘Don’t Lose Your Mind’–was recorded in the summer of 2017-18 by Rohan Sforcina (Dune Rats, Fraser A Gorman) at Four Hundred Acres Recording Studio, and was released on 27 April 2018. Although the open tunings and earthy sensibility of their debut album are still in their DNA, the band have rediscovered their love of twelve string chime. With the keys of Joe Cope (Big Smoke, The Hello Morning) added to the mix, the ambition of the songwriting and arrangements is realised deftly in this sophomore record. Purposeful jams, room to breathe, and an aura of tuneful confidence are the result. The rockers do just that while the longer tracks go someplace new and aren’t afraid to look around when they get there.