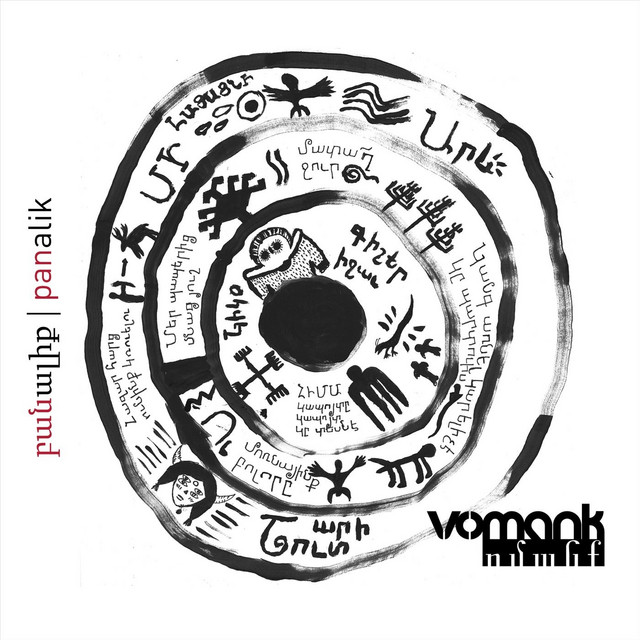 The things that we said today are a reminder of the past and a dream of the future. The band Vomank [Arm. Others, a Few] is based in Istanbul, an important center of Armenian culture. As a self-proclaimed alternative band, Vomank expresses itself in its mother tongue but incorporates aspects of its location in Turkey. It gains inspiration from traditional Armenian music but takes a more alternative approach to its interpretation. Vomank has been performing throughout Istanbul and has a wide music repertoire, which includes well known traditional songs of Anatolia that are sung with similar melodies but in different languages by people that were or are living there. Vomank has its own compositions in Turkish and Armenian and also has works inspired from the poems of Tanyel Varujan, an important figure of Armenian literature. Vomank's aim is to narrate the present story of Anatolia and other lands in which Armenian culture used to and still exists, and to meld the past and the dream of the future together.