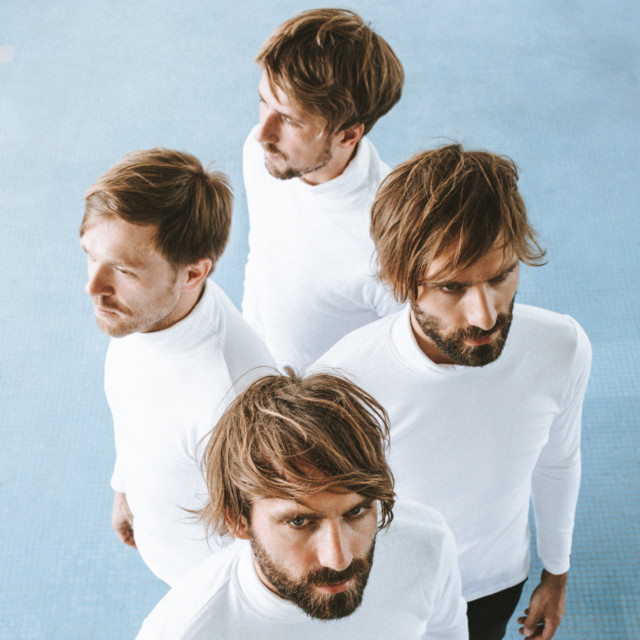 LIONLION is a four-piece indie rock band based out of the south of Germany, centred around the identical twins Matthias & Michael Rückert. After the release of their critically acclaimed debut album 'The Atlas Idea' (2018) + the follow-up EP ‘Rise & Fall’, their single “Sidewalk” (out April 9) gives a foretaste of what is to come with their second LP ‘Perspective’ (summer 2021). Their world of sound calls to mind the drive of Mutemath, Keane’s catchy melodies, the charm of The Notwist and Muse’s grandeur. LIONLION have found the sweet spot between poetry and objectivity, motion & rest, grand gestures and quiet nuances. In the year of the 100th anniversary of German ‘Bauhaus’ architecture, they started producing their videos in the reduced and minimalistic vocabulary of the famous modernist architectural style, which serves as a visual guideline and an encouragement to keep a clear head and arrange one’s course of thought. All this draws a clear contrast to the ups and downs in the history of the band – and the twins in particular – with the reflective and dreamy mindset they so beautifully display in their music. At the same time, their songs always radiate great confidence: the brothers are not just united by their differences in character, but even more so by their harmonious similarity, making them a songwriting duo par excellence.