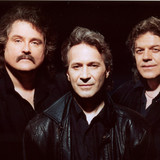 Their other hits include Carry Me, Devil You, Wild Eyes, Oh My Lady, Then Came The White Man, Minstrel Gypsy, Playin in the Band, Hit the Road Jack, New Orleans, Monday Morning Choo Choo, and Keep Me Running Wild, to name just a few. Hailing from Calgary Alberta, the Stampeders went on to become a household name between 1971 and 1976, with four songs reaching Top-30 in the U.S and ten Top-5 singles in Canada.