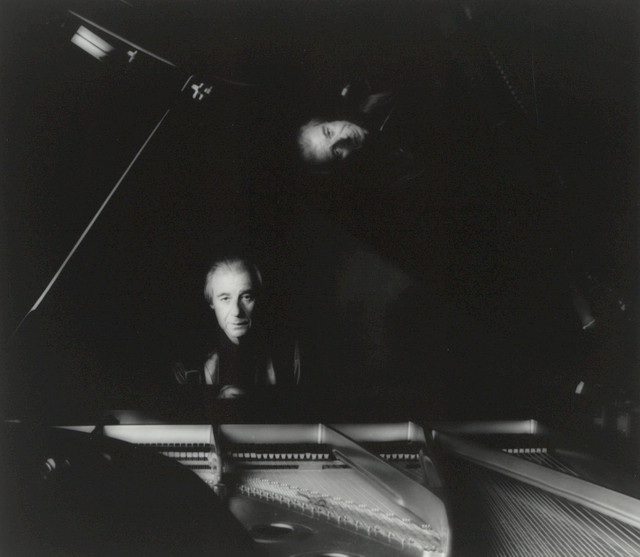 Forever to be remembered as the composer of the catchy 5/4 theme for the TV series Mission: Impossible, the very definition of jazzy intrigue, Lalo Schifrin actually established himself early on as a versatile, well-grounded composer and pianist adept at bebop, Latin sounds, and straight classical composition. He has written several concert works, but the bulk of his effort accompanies television shows and movies. Schifrin's first teacher was his father, the concertmaster of the Teatro Colón orchestra in Buenos Aires. As a teenager, he studied piano with the former head of the Kiev Conservatory, Andreas Karalis, and harmony with composer Juan-Carlos Paz. In 1950, he studied with the outsider Charles Koechlin and the innovator Olivier Messiaen, both known for an almost cinematic approach to phrasing and instrumental color, after winning a scholarship to the Paris Conservatory. Schifrin would study during the week, but play jazz on the weekends in clubs, even representing Argentina at the 1955 International Jazz Festival in Paris. Back in his homeland, he started his own Basie-style jazz band, the first of its kind in Argentina and worked as a pianist and arranger. Schifrin moved to New York in 1958, playing jazz piano, including a 1960 - 1962 stint with Dizzy Gillespie's quintet, and writing for Gillespie such Latin-flavored pieces as Manteca and Con Alma. In 1962, he turned his attention more to composing, initially in a jazz-classical fusion style in such works as the ballet Jazz Faust (1963) and Jazz Suite on the Mass Texts (1965). He relocated to Hollywood in 1964 and soon found a niche composing for the small and large screen. In addition to Mission: Impossible, some of Schifrin's early projects are no less impressive. Cool Hand Luke, Bullitt, Hell in the Pacific, and Dirty Harry are among the better films employing his services. After 1973, his cinematic output began to taper off and in the 1980s and '90s, Schifrin was stuck with less prestigious movies (Rollercoaster, The Beverly Hillbillies, Rush Hour), but he proved to be ever-adaptable, employing not only Latin jazz, but funk, disco, serialism, and aleatorics. Schifrin's most important works for the concert hall, aside from the 1967 oratorio The Rise and Fall of the Third Reich (incorporating a recording of a Hitler speech), are concertos and concertante pieces: one for guitar, two for piano, one for violin and cello, and several others. He taught composition at U.C.L.A. 1968 - 1971, and although he'd written many chamber and instrumental pieces in the '60s and early '70s, he didn't begin to focus on orchestral music until the 1980s and '90s. He arranged much of the music for the first three of the Three Tenors concerts. His latest projects are the Jazz Meets the Symphony series of recordings and re-recording his film music for his Aleph Records company.