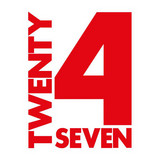 Twenty 4 Seven is the concept/name of Producer, musician, composer and DJ Ruud van Rijen. Ruud started Twenty 4 Seven in 1989. And made his first single "I can't stand it" with Mc Fixx It. This was the start of an international success. Since this version only had rap and a vocoder chorus, Ruud decided to make a commercial Hiphouse version of it. And to make use of female vocals. Ruud discovered and approached Singer Nance at the age of 15 in the Freebird in Asten (NL) where he worked as a resident DJ. With this, Twenty 4 Seven was the first rap act, using female vocals in the chorus. What would later develop into the beginning of the Eurodance. Ruud has worked with many artists in Twenty 4 Seven under the name Twenty 4 Seven Featuring… Artists who have worked with Twenty 4 Seven are: Mc Fixx It, Captain Hollywood, Jacks, Hanks, Nance, Stay-C, Stella, Ellen, Sharon Doorson and Li-Ann. The most successful combination is the one with Rapper Stay-C, and Singer Nance. With the hits: I can't stand it, Are you dreaming, Slave tot he music, Is it Love, Take me away, Leave them alone, Oh baby, Keep on trying and We are the world, Twenty 4 Seven achieved international success. Twenty 4 Seven sold more than 18 million records worldwide and received the Export Award in 1994 for best national product. At the moment there are 2 Twenty 4 Seven live acts performing internationally. Twenty 4 Seven Featuring Nance, Jacks and Hanks. Twenty 4 Seven featering Stay-C and Li-Ann