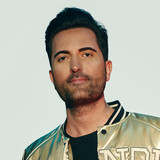 DJ and producer Deniz Koyu’s masterful take on dance music has enraptured club culture for over a decade. With genre-defining remixes, he has masterminded a string of successful hits making him a quintessential figure in a constantly changing landscape. He has crafted high-octane bangers with the likes of Alesso, Nicky Romero, Galantis, as well as Dimitri Vegas & Like Mike, all whilst racking up stage credentials at Tomorrowland, Ultra Music Festival, EDC, Creamfields, and ADE Festival. Koyu burst onto the scene in 2011 scoring his first hit, "Tung!", and was quick to hit his stride: "Tung!", "Hydra", and "Bong" soon became progressive house anthems while his bookings as a live DJ exploded, establishing him as one of the most in-demand artists to play EDM stages the world over. A regular on labels such as Axtone, Spinnin’ Records, Protocol Recordings and Big Beat, he is also a long-standing name in the list of DJ Mag’s Top 100 and currently resides at 72. His most recent successes include "Paradise" in collaboration with Nicky Romeo, which is about to hit 40 million Spotify streams.