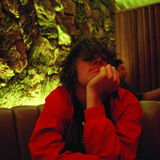 Combining elements of folk, soul, and funk, English singer/songwriter and multi-instrumentalist Will Heard was still only 20 when his guest vocals appeared on an August 2013 U.K.-charting version of "Sonnentanz (Sun Don't Shine)," a brooding electronic track by the Austrian duo Klangkarussell. Having played saxophone since he was 10, Heard's soulful and jazz-inspired vocal delivery often mimicked the sound of that instrument. Inspired by the music of Nina Simone, Ella Fitzgerald, James Brown, and Free, as much as by more contemporary artists such as Jessie J and Adele, he continued to write new material and make U.K. live appearances surrounding the initial flurry of interest that followed the success of "Sonnentanz." By the end of September, a further vocal collaboration had surfaced, this time on "Comfortable," a single by the Australian electronic duo the Aston Shuffle. ~ James Wilkinson, Rovi