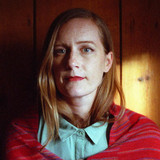 A native of the small rural Oregon town of Coquille, singer/songwriter and classically trained cellist Laura Gibson is part of a Pacific Northwest folk-pop scene that grew out of Portland-based indie label Hush Records, formerly the home of the Decemberists. Former Decemberists drummer Rachel Blumberg played on Gibson's first two albums, 2006's If You Come to Greet Me and 2009's Beasts of Seasons; fellow Oregon singer/songwriters Shelley Short and Laura Veirs sing backing vocals on the latter. Gibson's experimental indie folk, anchored by her unique vocals, veers from delicate to lush. In 2009, she collaborated with composer Ethan Rose on the album The Bridge Carols. Her third solo studio outing, La Grande, which was named for a Northeastern Oregon town described by Gibson as a place that "people usually pass through on their way to somewhere else, but which contains a certain gravity, a curious energy," arrived in early 2011. Over the next several years, she composed a variety of music for commercials and charitable campaigns like the Cover Oregon Campaign and the Humane Society. She also wrote for regional stage productions and collaborated with the Oregon Ballet Theatre and Portland Playhouse. In 2016, Gibson returned to solo work with Empire Builder, her second release for Seattle indie Barsuk Records. A 7" single featuring the songs "The Easy Way" and "Animals" was issued by Jealous Butcher Records the following year. 2018 saw the release of Gibson's evocative fifth studio long player, Goners, which dealt with grief and accountability. ~ Charity Stafford, Rovi