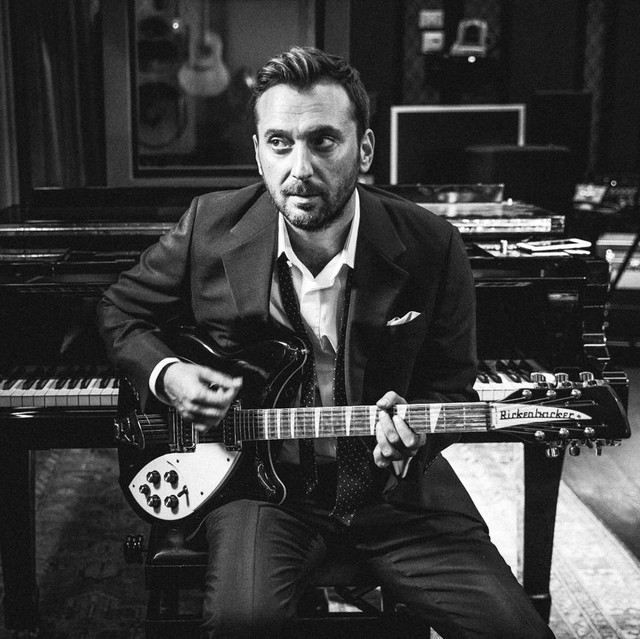 Italian singer/songwriter Cesare Cremonini is a diverse, chart-topping pop artist who found his voice as a writer at a very young age. He began playing piano around the age of six and began writing his own songs and poetry in earnest around the age of 11, seeking an outlet for adolescent frustrations. At the age of 12 he was given a Queen record, and he quickly came to idolize the band. He strove throughout his young adult years to put his poetry to music and learn to communicate through song. After grammar school, Cesare joined with friends to form a band that would earn him fame and recognition much sooner than he might have imagined. That band, Lùnapop, experienced enormous success between 1999 and 2001. Though they only released one record, entitled ...Squérez?, it sold more than 1.5 million copies. On the shoulders of Lùnapop's international stardom, Cremonini embarked on his solo career in 2002 with the release of his debut record, Bagus. His follow-up record, Maggese, released two years later in June of 2005, was a much larger success, reaching number one in Italy and quickly selling platinum. The record's release was followed by a national tour entitled Maggese Theatre Tour, where Cremonini was accompanied by a 24-piece orchestra in addition to his eight-member band. Singles such as "Ancora un Po'" remained on the charts well into 2006. His first live record was released in the latter months of 2006; 1+8+24 featured repertoire drawn from the Maggese Theatre Tour performed by an impressively large ensemble. Cremonini recorded his third album, Il Primo Bacio Sulla Luna, at the prestigious Air Studios in London. Released in September 2008, it landed in the Top Ten in Italy and also went gold. The single "Figlio di un Re" became his highest-charting song to date at number four. A compilation, 1999-2010: The Greatest Hits, also did well on the charts, plus his 2012 album La Teoria Dei Colori turned out to be not only his most popular album, but also his last for Warner. Newly signed to Universal, Cremonini found a massive hit with his fifth album, Logico. Released in May 2014, the album hit number one in Italy and spent over a year on the charts. The singles "Logico #1" and "GreyGoose" were very popular on their own. His second live album, Più Che Logico: Live, followed one year later. The latter was bundled with Logico for the limited-edition Logico Project set late in 2015. ~ Evan C. Gutierrez, Rovi