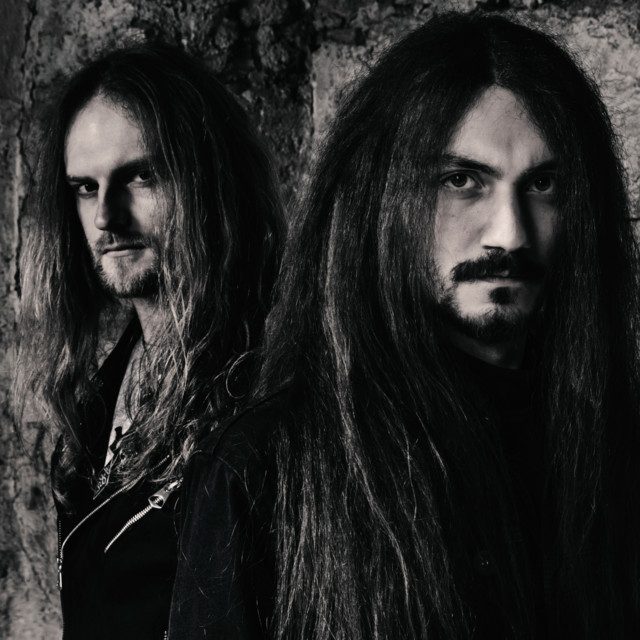 Melancholic Black Metal from Italy since 2017. Merchandise available at: www.umbilicusnecis.bandcamp.com “Umbilicus Necis” was born as a duo studio project during summer 2017 from an idea by “Spread” (Guitars, Main Vocals) and “Asdraeth” (Guitars, Bass, Secondary Vocals) already active in other bands, with the intentions to give life to a more “personal” stuff in their music. At the beginning of 2018, they released their first digital single independently called “Oblio” in various streaming platforms. During the same period, they started the compositions and recordings phases of their first album called “Confine Astratto” (Out October 1st, 2020) process that took place slowly, seeking care in every detail, finding its effective conclusion on november 2019, after mix and mastering phase. It is a real inner research, a concept based on personal experiences, social reflections and even recurring sensations, especially concerning inner conflicts, loneliness and chaos enriched by a sound alternating with moments of anger, aggressive and furious, up to real manifestations of pure melancholy and introspection, recreating sometimes ethereal atmospheres combining a Post-Black Metal sound with Doom influences. The peculiarities about the duo are the sung purely in Italian, the constant alternation of the two voices within almost each song, illustrating two different points of view of a single central sensation in a narrative level.