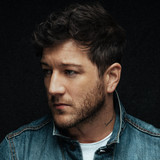 Matt Cardle is a multi platinum selling recording artist who has sold over 2.2 million records since winning The X Factor’s highest-rating series ever in 2010. Matt stunned over 19 million viewers with his breathtaking four-octave vocal range. Matt’s debut single, ’When We Collide’, sold over 1 million copies and was recently named as one of the biggest-selling singles of the past decade. The song spent three weeks at #1 and was nominated for Best British Single at the 2011 BRIT Awards. This was followed by the #6 Gary Barlow -penned ‘Run For Your Life’ and the infectious duet 'Loving You' with Spice Girl Melanie C. Matt has released four studio albums to date; ‘Letters’ (2011), ‘The Fire’ (2012), ‘Porcelain’ (2013) and ‘Time To Be Alive’ (2018). Matt’s theatre credits include: Huey Calhoun in Memphis (Shaftesbury / WhatsOnStage Best West End Debut Award) in 2015; Wally Strand in Baz Luhrmann's Strictly Ballroom (Piccadilly) in 2018 and Pilate in Jesus Christ Superstar (The Barbican) in 2019. Resigned to Sony Music, Matt's most recent album ‘Time To Be Alive' is a collection of 14 songs that showcase his new found maturity as a singer, songwriter and musician. The lyrics are deeply personal observations on addiction, redemption, atonement and eventual contentment; fusing electronica, gospel, rock and soul. All but one of the album’s 14 songs were co-written by Cardle. They reveal a portrait of an artist struggling with personal battles, but ultimately winning the war.