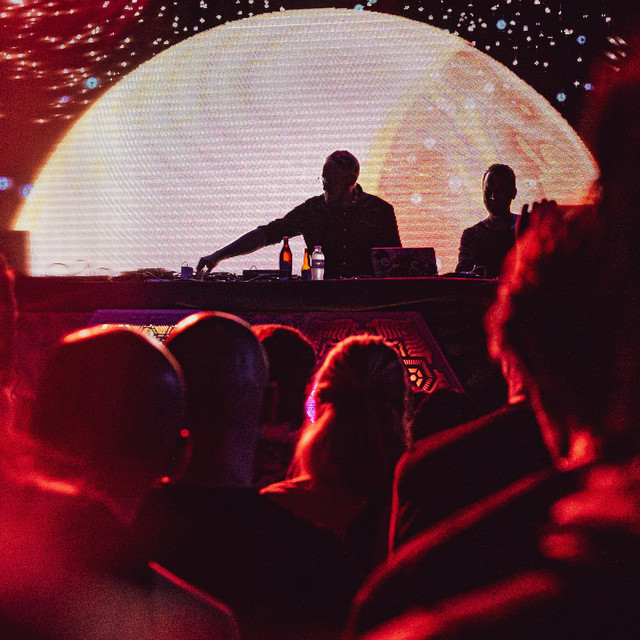 Swedish ambient duo Carbon Based Lifeforms was founded in Gothenburg in 1996 by Daniel Ringström & Johannes Hedberg, initially as an offshoot of Notch, their group with Mikael Lindqvist. 1998 album The Path (initially released as a Notch recording) combined atmospheric synthesizers, downtempo beats, acid basslines from a Roland TB-303, didgeridoo, and field recordings. The album was released under the CBL moniker as The Phat #000001/The Phat #000002 online in 1999. The duo signed with French ambient/trance label Ultimae Records in 2002, and released proper debut Hydroponic Garden in 2003. The album's downtempo acid ambient style proved to be a cult favorite, and follow-up World of Sleepers arrived in 2006. In November of 2009, CBL played two sold-out concerts at IMAX dome/planetarium Cosmonova inside Stockholm's Museum of Natural History. After scrapping sessions for a third album in 2009, the less acid-tinged Interloper finally appeared in 2010, at which point Ringström was known as Daniel Segerstad. CBL switched to beatless ambient music in 2011 with the release of fourth album Twentythree, as well as the hour-long drone piece VLA. The duo's first soundtrack, for suspense-thriller Refuge, was released by Leftfield Records in 2013. In 2015, the duo signed with Blood Music and began remastering some of their older albums for release on vinyl. ~ Paul Simpson, Rovi