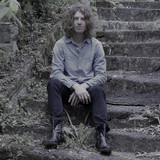 Matthew James Lyons is a Sydney-based singer-songwriter who has been writing and performing for more than 20 years. His debut album, ‘Relics’ is set for release in February 2021. It follows on from his 2016 EP, ‘Everything That Was’.   ‘Relics’ features 14 tracks that explore our longing for reason and purpose in life and the traces of joy and anguish we leave behind – our relics. Thoughtfully layered instrumentations allow Lyons’ tender vocals and intricate guitar stylings to shine in the delivery of his narratives. Mixed by Emmy Award winning producer Sean Carey, the album includes performances from old friends Lee Carey (drums), Bill Gibson (upright bass), Andrew Peacock (keyboards), and Andrew Webb (guitar). Also featured are the talents of Matt Druery on piano and Jy-Perry Banks on pedal steel.   Initially inspired by Simon and Garfunkel and The Beatles, Lyons’ writing displays a distinct melodicism and unique wordplay. Further inspired by more recent icons such as Paul Kelly, Gillian Welch and Ron Sexsmith, he finds himself tangled somewhere within the strings that tie folk and country with melodic pop. In recent years, the broad umbrella of Americana has embraced his work.   Matthew James Lyons has shared the stage with the likes of Jon Auer (Posies/Big Star), Christine Anu, Youth Group & Matthew Barber (Canada). He was included on the Sydney Blues & Roots Festival list of artists in 2012.