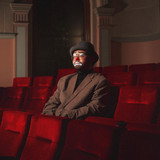 Benjamin Trillado is proving to be one of the most promising songwriters emerging from Melbourne/Naarm’s rich sea of musical talent. Through introspective storytelling paired with a rich combination of contemporary folk and indie rock tonalities, Benjamin delivers a powerful and raw catalogue that brings to light matters that aren’t often discussed. Raised in a Filipino household where karaoke was family religion, Benjamin’s love of music bloomed from a very young age. As someone who started off performing as a simple bedroom hobby, Benjamin is now known for his heart-wrenching lyrics, unapologetic candour and his innate ability to make packed rooms full of rowdy punters fall silent. Triple J’s Nkechi Anele said, “There are some musicians that just make you stop and take everything in and Benjamin Trillado is one of them.” In 2021, Benjamin was selected as one of 5 artists signed to new Melbourne-based youth lead record label Push Records. With the opportunity to record and release a new single via the label, Benjamin was lucky enough to work with producer and engineer Alex ‘Gormie’ O’Gorman (Angie McMahon, Big Smoke) to bring life to his upcoming single ‘Nuisance’. ‘Nuisance’ is the latest addition to what Benjamin Trillado describes as the ramblings and observations of a 20-something year old navigating through adulthood.