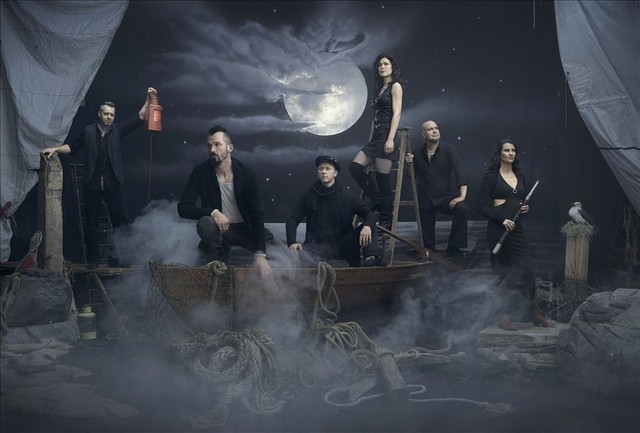 Part of the medieval scene in German rock, Schandmaul formed in 1998 and included an arsenal of traditional acoustic instrumentation to augment their electric rock sound. The Munich-based group first came together when a handful of musicians from different groups got the idea of putting together a show of folk covers; the bandmembers ended up writing some of their own material and decided to keep on with the project. Near the end of the year 2008, the band celebrated its tenth anniversary with 7000 fans in Munich (subsequently released under the title ‘Sinnfonie’). In 2011, the band's 8th album ‘Traumtänzer’ (‘Dream Dancer’) rose to number four on the German charts and reached the gold status, which is synonym to 100000 sold units. In 2013, Schandmaul celebrated their first 15 years together by a two days music festival in Cologne with 12000 visitors. The band's eighth studio album, ‘Unendlich’ (‘Infinite’), was Schandmaul's first for Universal and also reached the gold status as well as number two in Germany and number six in Austria. Schandmaul's follow-up, ‘Leuchtfeuer’ (‘Beacons of Light’), became their most successful album yet, by reaching the top of the German charts in 2016. In 2018, the band celebrated its 20th anniversary in Cologne with more than 10000 fans and is currently preparing its tenth studio album ‘Artus’ which will be released on May 3rd 2019. An extensive tour will follow next autumn.