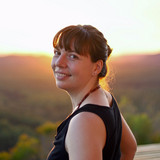 Lisa Maps is a songwriter with heart – and a penchant for drama. A true storyteller, her songs are distinguished by her thoughtful and honest lyrics and characteristic theatrical delivery. Her music is tactile, intimate and grounded in folk – but with a twist. Lisa began her music career in Canberra, where she featured at several of the capital’s big events. Now based in Brisbane, she continues to charm audiences with her vocal prowess and trademark banter, and is set to open for cabaret smash The IsoLate Late Show at the Logan Entertainment Centre later this month. Lisa is a self-described creative all-rounder, and a thriving independent artist who is not afraid to get her hands dirty. Her creative and quirky music videos and insightful commentary are attracting a steadily growing loyal following on social media, especially Instagram. Throughout 2020 her songwriting focus has shifted towards more serious topics, as she puts her own spin on the long-established tradition of using music as a tool for social and political change. Her upcoming sophomore EP explores the guilt and anxiety of a generation facing the impacts of climate change. She will also be working with JMC Academy on the production of an upcoming single and video after winning their sponsored prize during Logan Live Music Month this year.