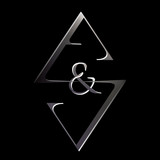 Aces & Jokers have been praised as one of the most surprising live acts of the last season. Their evolution since their hard-rock oriented debut, Jester (2013) to the more progressive, art-rock Beyond Reflection (2017) marks their goal of composing original and innovative music using their wide range of influences. The band was formed in Madrid in 2011 by Art Ace (vocals, keyboards) and Manu Puerta (guitar), with newcomers Mateo Arroyave (drums), Felipe Arroyave (guitar) and Ana Romero (vocals) joining the band in 2013, 2014 and 2017, respectively. The visual aspect of their music has been developed in collaboration with Laura Fernández K, directress of several of their music videos. In particular, "Wild Hand Jack" and "Wax Dance", both included in Beyond Reflection, are an example of this new direction, creating whole new stories that enhance the music surrounding them. The latter has even been awarded "Best Romance" in the Oniros Film Festival and "Best Music Video" in the European Film Festival Mainstream & Underground and selected as finalist in several other. October 19th, 2018 has seen the reissue of "Intermission", a new EP containing re-recordings of the three best-known tracks in "Jester" to celebrate its 5th anniversary. The band is currently concentrated in the promotion of their music, as well as writing stuff for their next projects.