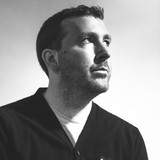 Joe Goddard, member of Hot Chip and The 2 Bears, songwriter, producer, DJ, remixer and co-founder of the Greco-Roman label. Like Four Tet, Caribou and Jamie xx, Joe combines a thirst for experimentation, an instinctive understanding of the dancefloor and a love of left-of-centre pop music. During the 1990s, Joe attended Elliott School in Putney, where he met his Hot Chip bandmate Alexis Taylor and his long-time friend Kieran Hebden. As a teenager, he progressed from indie and hip hop to drum’n’bass to house and garage, always thrilled by those moments when underground music infiltrated the charts. As well as working on six Hot Chip albums and two with Raf Rundell as The 2 Bears, Joe has remixed the likes of Kraftwerk, New Order, Disclosure, Dirty Projectors, the Chemical Brothers, Wiley, Jessie Ware, and more recently Lyzza and Robyn. He has also produced tracks for Franz Ferdinand, Bernard Sumner, Little Boots and Dels, and released a string of solo singles as well as starting a recent project with Marcus Marr + Justin Strauss ‘Extra Credit'. Gabriel, his haunting 2011 hit with singer Valentina, was his first big success beyond Hot Chip. “It made me feel that I was capable of doing things outside the band,” he says.