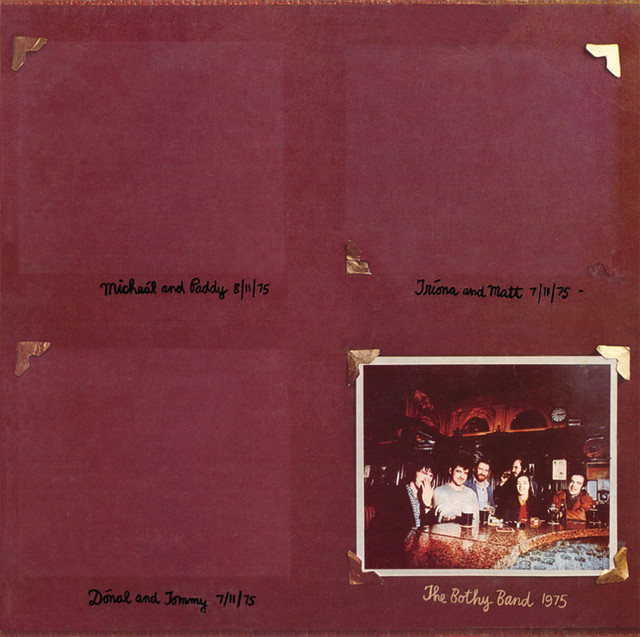 In the three years the Bothy Band were together, they emerged as one of the exciting bands in Celtic history. Although much of their repertoire was rooted in the traditional music of Ireland, their enthusiasm and musical virtuosity set off ripples that continue to be felt. The genesis of the Bothy Band was sparked in 1975 when bouzouki player Dónal Lunny left Planxty to form his own record company, Mulligan. One of his first projects brought him together with uillean piper Paddy Keenan, flute and whistle player Matt Molloy, fiddler Paddy Glackin, and accordion player Tony MacMahon. The group was soon joined by siblings Mícháel Ó Domhnaill on acoustic guitar and Tríona Ní Dhomhnaill on clavinet and vocals. Hailing from a musical family, with their aunt having contributed 286 songs to the Dublin University folklore collection, the two had previously performed, along with their sister Maighread, in the traditional Irish group Skara Brae. Initially calling themselves Seachtar, which translates as "seven," the group reformed as the Bothy Band after MacMahon left to become a

BBC producer. The band's debut came on February 2, 1975, when they performed at Trinity College in Dublin. Despite their great legacy, the Bothy Band only recorded three studio albums: The Bothy Band, Old Hag You Have Killed Me, and Out of the Wind Into the Sun. A live album, After Hours, released in 1979, was recorded at the Palace des Arts in Paris. In 1995, a second live album, Live in Concert, was released that included tracks recorded in London by the BBC at the Pares Theater in July 1976 and the