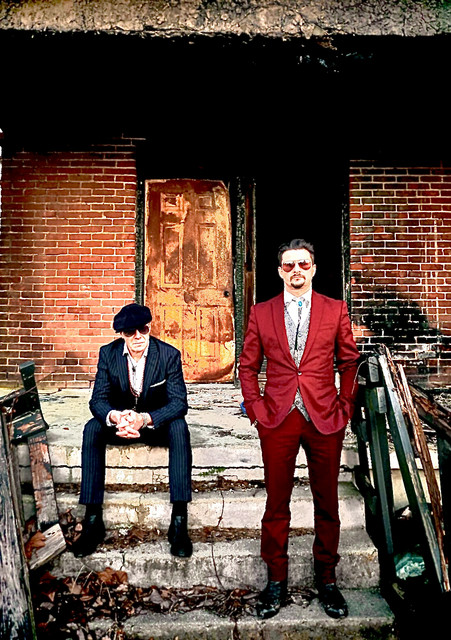 Superdownhome are an alternative blues duo born in June 2016, contaminated by rock'n'roll, country, folk and punk. Taking inspiration from Seasick Steve and Scott H. Biram, they use tools like Cigar Boxes and Diddley Bows and adopt a minimal approach. During 2017 they release an eponymous EP and a record entitled "Twenty-Four Days"

(this last physically released for Slang Records and digitally for Warner Italia and includes two features by Popa Chubby) at Bluefemme Stereorec by Marco Franzoni. In May 2019 they release "Get My Demons Straight", with the production of Popa Chubby, two feat. by Charlie Musselwhite on harp while the mastering is by Brian Lucey (The Black Keys - Liam Gallagher) In June 2019 they open all the concerts of the Fantastic Negrito Italian tour. In November 2019 they are the support band for Popa Chubby's German tour and in January 2020 they are in the United States for the IBC (International Blues Challenge) and for one of the most renowned CBG festivals, the Samantha Fish Cigar Box Guitar Festival in New Orleans. In June 2020, "Blues Case Scenario" is released by Warner, and in July 2020 SDH release “Homework”, a single that sees the collaboration with Dennis Greaves and Mark Feltham of Nine Below Zero. At the end of December 2020, Superdownhome signs a contract with the renowned French record label Dixie Frog. The new record is gonna be out in April 2021.