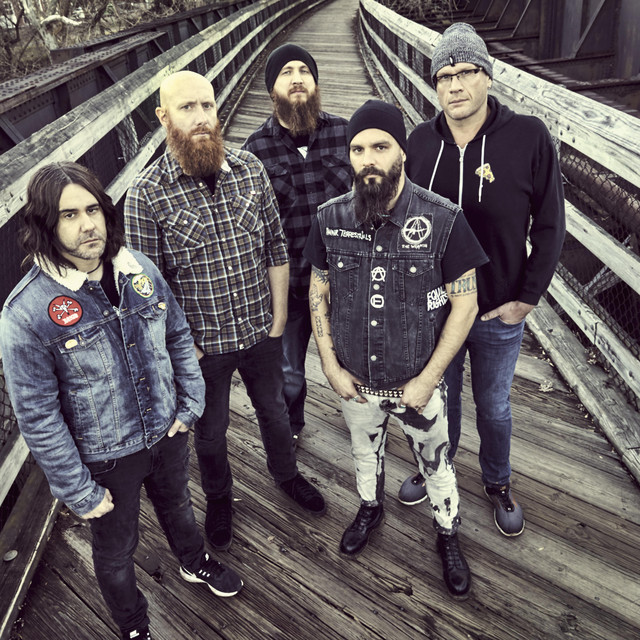 Killswitch Engage first shook the structure of heavy music upon climbing out of snowy industrialized Western Massachusetts in 2000. The band pioneered a union of thrashed-out European guitar pyrotechnics, East Coast hardcore spirit, on-stage hijinks, and enlightened lyricism that set the pace for what the turn-of-the-century deemed heavy. 2002’s Alive Or Just Breathing became avowed as a definitive album, being named among “The Top 100 Greatest Metal Albums of the Decade” by Decibel and celebrated by everyone from Metal Hammer to Revolver. They also garnered two GRAMMY® Award nominations in the category of “Best Metal Performance” in 2005 and 2014 and gold certifications for The End of Heartache [2004] and As Daylight Dies [2006]. The group landed three consecutive Top 10 debuts on the Billboard Top 200 with Killswitch Engage [2009], Disarm The Descent [2013], and their career high best bow at #6 with Incarnate [2016]. The latter two releases would also both capture #1 on the Top Rock Albums and Top Hard Rock Albums charts. Their total streams have exceeded half-a-billion to date. 2019 represents another turning point. The quintet—Adam Dutkiewicz [lead guitar], Joel Stroetzel [rhythm guitar], Mike D’Antonio [bass], Justin Foley [drums], and Jesse Leach [vocals]—sharpen every side of this signature sound on their eighth full-length and first for Metal Blade, Atonement.