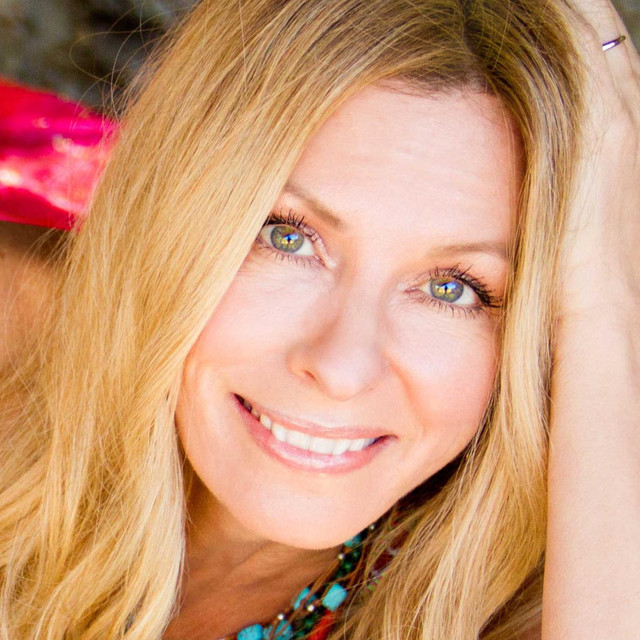 You will hear Kimberly’s greatest musical influences – such as Shawn Colvin, Joni Mitchell, and Sarah Mc Lachlan – as she harmoniously weaves inspirational heart-felt lyrics into a rich tapestry of world instruments to create poetic reflections. “Having risen from my own ashes multiple times, it is my mission to carry a positive, uplifting message into the world,” She says.

“My life and my music are richer and deeper for the challenges I have overcome, and my songs are a reflection of my personal journey.” Her award winning debut album album, Awaken Me, is a perfected tapestry of world instrumentation with a pop sensibility and unifies brilliant performances played by some of the most well respected musicians in the industry such as David Vito Gregoli, Tina Malia, Christo Pellani, Peter Kater, Jesus Florido and Byron Metcalf and won Album of the Year, One World Music Awards 2016. Her second album, In Dreams, was dubbed an ‘instant masterpiece’ in Common Grounds magazine. The combination of Kimberly’s enchanting soaring vocals with songs in English, Spanish, Hebrew, Sanskrit and Portuguese, and the vibrant instrumentation including charango, sansula, medicine drums, didjeridu, monolina create an exotic but familiar experience which will enchant and transport you. Kimberly has been a featured vocalist for albums by Tina Malia, David Vito Gregoli, Al Jewer & Andy Mitran, Neil Martin, and others.