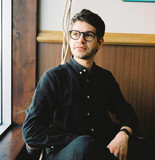 Alejandro is a multi-instrumentalist, media composer and sound designer based in Montréal, QC. He has independently released multiple albums, as well as scored various award-winning short films, documentaries and two feature films. He began his music career as a drummer in his native Mexico, in 2008, playing lots of different genres. He had begun writing his own music in 2006 but it wasn’t until 2013 that he began writing to picture, when he moved to Sydney, Australia. Edinburgh, Scotland followed in 2015. He has dedicated his creative time to build experience working with films, in addition to developing his own musical voice through his solo work for chamber, concert and piano music.