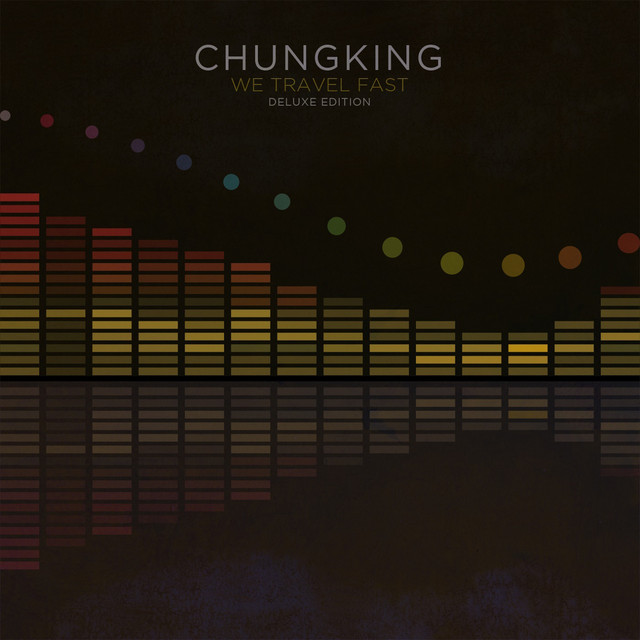 The Brighton, England-based band Chungking (named after a film they liked called Chungking Express) was formed by musicians Sean Hennessey and James Stephenson, with Hennessey’s then girlfriend Jessie Banks recruited as vocalist. The trio spent the next few months recording tracks and pressing demo CDs. A 12-inch somehow found its way into the hands of Tim ‘Love’ Lee, the owner of Tummy Touch Records, who was so impressed that he tracked the trio down and signed them to his label. Chungking released a four-track EP, It’s Now Safe To Turn Off Your Computer, in 2001, which contained a spellbinding cover version of Minnie Riperton’s ‘Les Fleur’. Other singles followed, including ‘Bubble Love’ and ‘Dolphin Boy’, but it was during this time that Banks and Hennessey split up. However through a love of the music and a belief in the band they elected to continue working together. In June 2003, Tummy Touch released Chungking’s full-length debut, We Travel Fast. A melting pot of Portishead and Morcheeba mixed in with some Boards Of Canada -style ‘off the wall’ production, the album received strong reviews in the UK press, with particular attention paid to Banks’ ultra-cool vocals. Hennessey and Stephenson decided to remix the album the following year, replacing two tracks and housing the album in a different sleeve. The reworked album was released in late 2004 on the Gut label and under a new title, The Hungry Years. A three-year hiatus followed during which Stephenson parted company with Hennessey and Banks. The former lovers returned in summer 2007 with their second album proper, Stay Up Forever. The album marked a notable change in style, with electro pop workouts to the fore and the chillout tracks very much a distant memory.