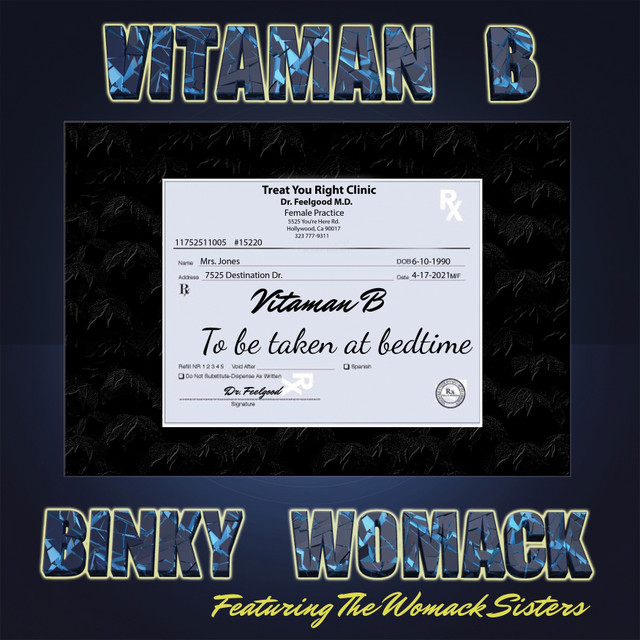 If there was such a thing as popular music ‘royalty’, the Womack Dynasty would certainly be there right at the top! Songwriting giant Bobby Womack, who died in 2014 at the age of 70, had a stellar career as a solo artist, and – back in the 60s – as a member of The Valentinos, provided the Rolling Stones with their first great signature song, ‘It’s All Over Now’ in June 1964. Then there was Cecil Womack; a few years younger than Bobby, he not only made some wonderful solo records, but formed a magical duo, ‘Womack & Womack’ with his wife, Linda, who – being Sam Cooke’s daughter – is soul music royalty in her own right. They made international hits.   They say that the apple doesn’t fall far from the tree, and in the case of the Womack family, this is certainly true. Because, there is a new apple on the Womack tree; his name is Binky! A few years back, he released a magical album called ‘Womack Style’ and now he is back. The album is called, ‘ @Next of Kin which is entirely appropriate, considering that this album is 100% true Womack, through and through. The bluesy guitar riffing reminds one of the Valentinos, whereas the gorgeous, sultry, sexy sound of the vocals could not have been produced by a musician from any other family. This record is pure, Womack, bliss! The new cd for 2020 is The Last Valentino This is a great Cd if you like Soul & R&B this is a must have. This is a rare find into days times.   We're in love with him already!