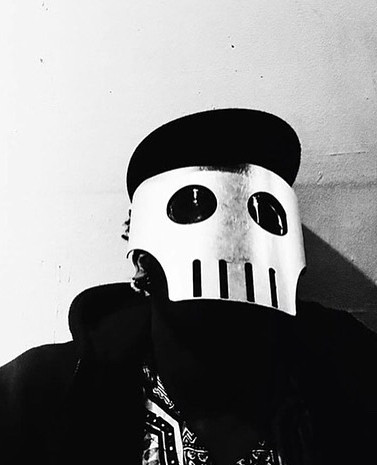 Receo Gibson grew up in Chicago’s south suburbs on a steady diet of geek culture. His original rapper name was Shintendo64, an element of which he’s kept alive—after local producer Sage Nebulous gave Gibson the moniker Sage, Gibson augmented it by tacking on “the 64th Wonder.” Fortunately, knowledge of the anime that Gibson finds inspiring isn’t necessary to enjoy his music. His June mixtape, God’s Hand, is filled with the kind of dusted-off instrumentals prefered by hip-hop artists endeared of the genre’s “golden age,” and like the best of them, Gibson doesn’t linger on the past so much as he uses it to push himself forward. His baritone voice exudes the murkiness of his darkest beats, and I’m sometimes far more interested in the way he sounds than in what he’s rapping. Still, throughout God’s Hand Gibson proves himself adept, and with cuts such as the wobbly “Hokage” and the upbeat “Metal Face Seji,” he’s planting the flag not just for himself but for his entire collective, Slumpgang777.