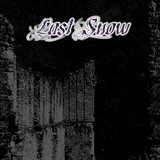 Last Snow is an alternative/dark hard rock band hailing from the abandoned tunnels beneath St. Paul, MN. They are composed of Bassist/Vocalist Kay Trust, Drummer/Vocalist Tony Frascone, and Guitarist/Vocalist David J. Last Snow features raw melodic hard rock with front and center bass playing, and they aim to return rock music to a time of being raw and emotional. Return to a time when you could hear the humanity in a band instead of the perfect overproduced top 40 sound that has engulfed so much of the rock genre. Wandering and lost in the night, Last Snow explores the darkness with a hope for the future. The new self-titled Album by Last Snow was officially ranked 3rd "Best Minnesota Album/EP of 2019" on KBEK 95.5FM www.lastsnowband.com