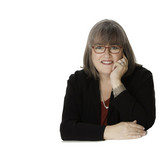 Over the years, Mae Robertson has garnered some remarkable reviews: “Her vocals are pure, spun gold,” raved the Los Angeles Times, and according to Billboard, “Her dusky alto vocal range is a true treat and she has an understated yet memorable way with a lyric that renders anything she performs worth investigating.” Recordings from Robertson’s Lullaby &amp; Lovesong Collection have been named Notable Recordings for Children by the American Library Association and have received many awards, including: Parents’ Choice Gold, Oppenheim Toy Portfolio Platinum, Parent’s Guide to Children’s Media Gold, NAPPA Gold (North American Parenting Publications Association), and Mom's Choice Award. The recordings have also been named "Best of the Year" by Child Magazine, New Age Journal, and Booklist. In addition to her career as a musician, Mae has worked with computers ever since the introduction of home and business computers in the early 1980’s. She designs and builds web sites and she is certified as an Apple Support Professional, as an Apple Associate certified in iWork (Pages, Numbers, and Keynote), and in Infusionsoft.