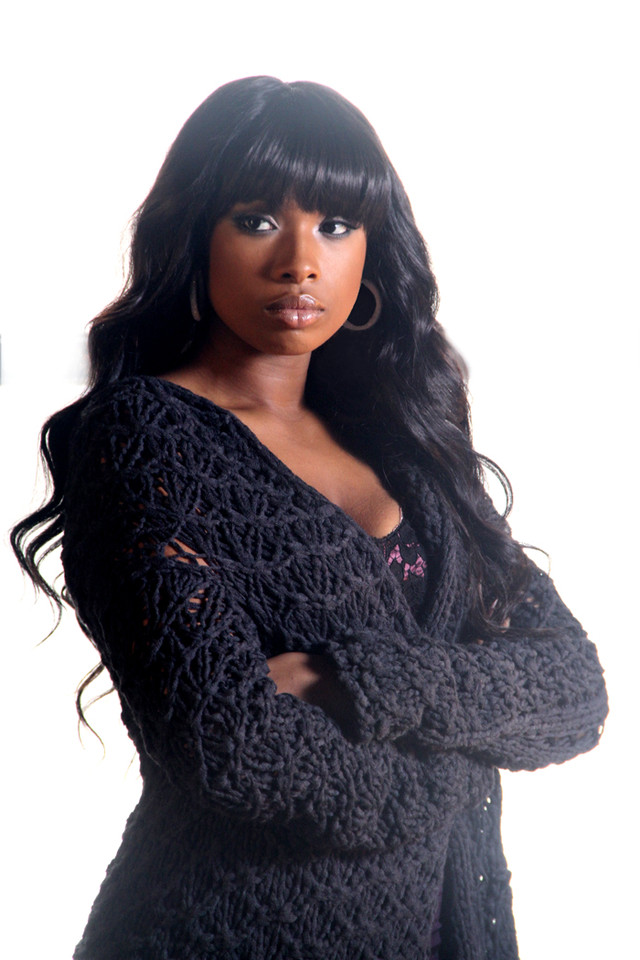 Chicago R&B singer and stage-and-screen actress Jennifer Hudson first broke into public consciousness in 2004 as a contestant on the third season of singing competition American Idol. She went on to become one of the most successful alumni from the show, releasing a string of Top Ten R&B albums like her self-titled debut and JHUD, while topping the charts with her 2008 hit single "Spotlight." In addition to singing, she also juggled a successful acting career, winning an Oscar for her role as Effie White in the 2006 film version of the Broadway musical Dreamgirls before starring in films like The Secret Life of Bees (2008), Winnie Mandela (2011), Chi-Raq (2015), and Sing (2016). Born in 1981 in Chicago, Illinois, Hudson sang from a young age, first performing in her church. Various talent shows and school musical productions followed until she eventually secured a role in a local Chicago production of the musical Big River. Prior to American Idol, Hudson sang professionally while working on the Disney Wonder cruise ship, playing the part of one of the muses from the animated movie Hercules. In 2004, after auditioning for the show, she won a spot on the third season of American Idol along with eventual winner Fantasia Barrino. Though a strong contender and fan favorite from the start, Hudson was eventually voted off the show. Despite the loss, her big breakthrough came soon after when Hudson was cast as Effie White in Dreamgirls. Buoyed by the power of the song "And I Am Telling You I'm Not Going," she went on to receive not only critical acclaim for her performance, but both a Golden Globe for Best Actress in a Supporting Role and an Oscar for Best Supporting Actress. With her star rising, she entered the studio to record her debut album. Featuring production by Stargate, Ne-Yo, and Missy Elliot, as well as guests like Ludacris, T-Pain, and Fantasia, Jennifer Hudson (Arista/J Records) debuted at number two on the Billboard 200. During promotion of the album, Hudson was suddenly sidelined by the shocking murders of her mother, brother, and nephew by her brother-in-law in late 2008. She returned to the spotlight early the next year, winning a Grammy Award for Best R&B Album, singing "The Star-Spangled Banner" at the Super Bowl, and touring with Robin Thicke. In March 2011, Hudson delivered her second studio album, I Remember Me, a relatively upbeat release including the single "Where You At." The effort bowed in at number two and featured production by Swizz Beatz, Alicia Keys, Ryan Tedder, Ne-Yo, and more. Meanwhile, Hudson continued to focus as much on her acting career as on music, appearing in a number of big-budget feature films including Sex & the City, The Secret Life of Bees, Winnie Mandela, The Three Stooges, and Lullaby. As a result, another three years passed between Hudson albums. Her third full-length, the groove-heavy JHUD (RCA Records), was released in September 2014. It debuted at number ten and featured the single "It's Your World," which was nominated for a Grammy for Best R&B Performance. Hudson continued acting, most notably in the 2015 Broadway revival of The Color Purple and, in 2016, the televised Hairspray Live! and the animated film Sing. In 2017, Hudson signed on as a coach for the sixth series of The Voice UK and released "Remember Me," her first single for Epic. The next year, she jumped to the U.S. version of The Voice, alongside fellow Idol alumna Kelly Clarkson. She also starred as Grizabella in the 2019 film adaptation of the musical Cats and in 2020 portrayed legendary singer Aretha Franklin in the biopic Respect. Prior to Franklin's death in 2018, she had purportedly hand-picked Hudson for the role. ~ Matt Collar & Neil Z. Yeung, Rovi