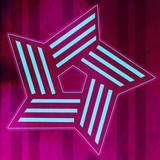 Eyeshadow 2600 FM is retrowave / darkwave / electro and everything in-between, an inspiration grown out of eighties action and horror, retro and modern vidoegames alike. There have been many ES2600FM releases since the beginning of 2017 and you could say it started at Interstellar Terror (No longer publicly available), or you could say it started at Terf Destroyer 9000, or you could even say it started with the release of DarkHeart 85. Each iteration began a new incarnation and invention of sound, but the only question is, what comes next? If you're a fan of acts like Mega Drive, Perturbator and Dance With the Dead, Eyeshadow 2600 FM is for you.