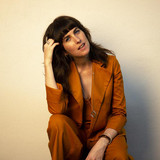 (Rolling Stone) Primarily known for her genre-defying, live-looping show and her masterful use of the African kalimba, Phia is also founder and artistic director of Melbourne Indie Voices, a new breed of community choir who perform her imaginative arrangements of current indie-pop songs. In a feverishly creative period since returning from her then-home of Berlin, Germany in 2016, Phia has created a new choir sound that stands alongside Melbourne’s famed music scene, leading her singers alongside iconic Australian artists such as Paul Kelly and Jen Cloher, as well as releasing and touring her own music throughout Australia and Europe multiple times.