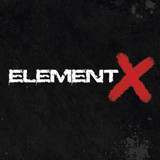 Element X are a 5-piece un-signed hard rock band based in Dublin, active since 2014, striking a balance between rock and metal with their powerful Hard Rock sound combined with a energetic live show. In November 2015 they released their debut E.P. The Prologue: 5 songs full of vigorous riffs that is only an introduction to what you could find in any of their shows. The band have played many gigs around Ireland since then, reaching the final of the Metal 2 The Masses Ireland 2018 battle of the bands with the judges vote and receiving very positive reviews from the press or supporting bands like Dead Label or Chris Holmes. In September 2019 the band released their second E.P. "All Or Nothing": 6 new and powerful songs that represent a more mature band and more elaborate songwriting. All or Nothing swings between speed, heaviness and grooves to give a complete view of the band.