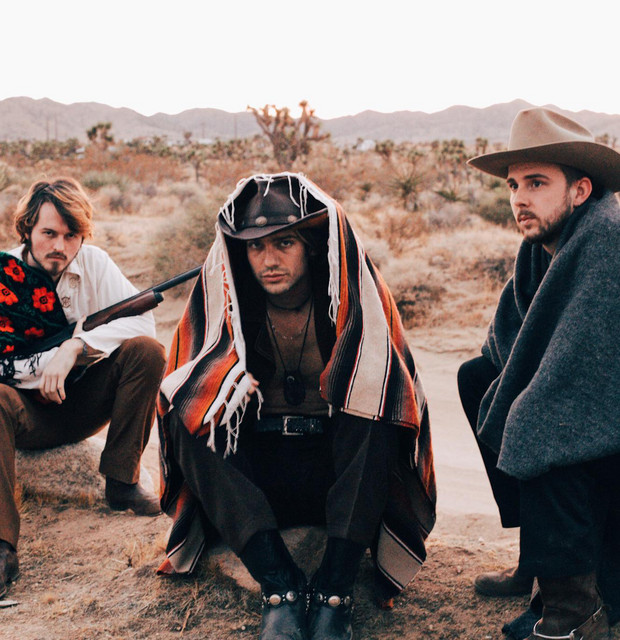 "The relationship between Heyrocco and their fanbase knows no boundaries" states one fan, "When at a show, you instantly become part of the band and what they're doing. They're like magicians, provoking the audience just as they provoke one another onstage." Known for their unpredictable sets and uncanny stage antics, the newly L.A.-based trio look to return to the spotlight in 2020 for another shot at glory. On Mexican Ashtray, Heyrocco reveal a mature, sweeter side to their primarily brash and jangly sound. "Some people have something to prove you know, that's not really why we're here." says singer Nate Merli "We aim to create an escape from reality for like-minded, independent thinkers. A place where you can think for yourself and do whatever it is you like to do." The group last left us with Waiting On Cool, the rather infectious follow up to their critically acclaimed debut Teenage Move Soundtrack, which proved to be a stepping stone for the group landing them a record deal and various tours across the U.S., U.K., CAN, & Europe. Between the melodies, message, style, and attitude, Heyrocco are quickly becoming one of the most underrated, important bands in history.