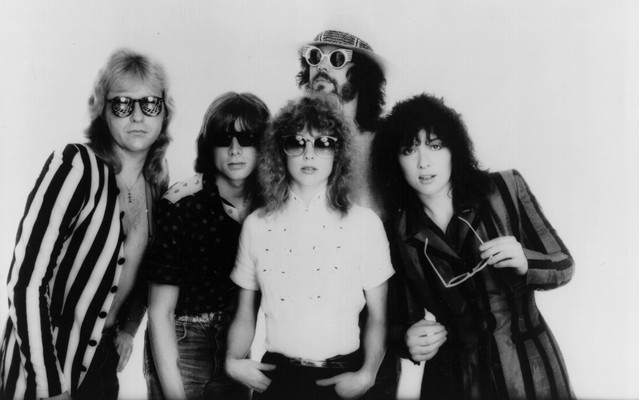 History favors strong women. When women stand up for themselves, show up, and speak out, change occurs time and time again, whether in politics, culture, entertainment, or music. There might be no women stronger--and louder--than the legendary ladies of HEART. Formed by sisters ANN and NANCY WILSON, the Rock and Roll Hall of Fame®-inducted group not only pioneered the female-fronted rock band, for all intents and purposes, but they also soundtracked four decades and counting. Throughout this time, the band sold over 35 million records, garnered four GRAMMY® Award nominations, landed ten Top 10 albums, received a star on the Hollywood Walk of Fame, and achieved “the longest span of top-10 albums on the Billboard charts by a female-led band.” HEART’s influence can be palpably felt everywhere from rock and heavy metal to hip-hop and pop. Eminem, Lil Wayne, G-Eazy, Nas, and more have famously sampled the band’s catalog, while Céline Dion, Fergie, Halestorm and many others have covered them in the studio and on stage. As a result, their music resonates in nearly every corner of pop culture. As time goes on, the sound, spirit, and soul of HEART only gets louder with each passing year. In the end, they ultimately opened doors for countless musicians to follow, and their place in rock’s pantheon as pioneers stands solidified forever.