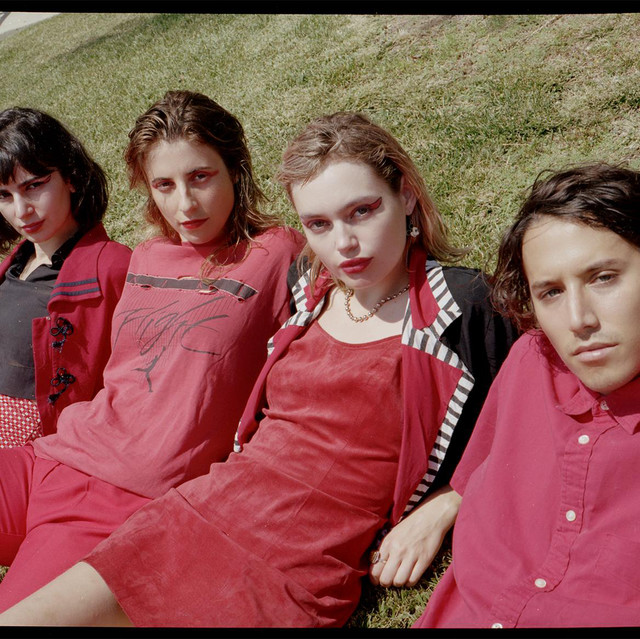 Your phone, your TV, your computer – who (or what) is watching you? It’s an oft-asked question in the digital age, and one that The Paranoyds echoed when it comes to the origins of their name. Part of a generation immersed in oversharing and ease of surveillance, The Paranoyds know better than anyone, it’s scary out there. But the band’s fearless pursuit of a good time won’t stop them from crafting the kind of gritty, Southern California garage rock that refuses to hide.   The Paranoyds’ debut release on Suicide Squeeze offers a taste of what The Paranoyds have been crafting. The Los Angeles four-piece of Laila Hashemi (keyboardist-vocals), Lexi Funston (guitars/vocals),Staz Lindes (bass/vocals) and David Ruiz (drums, vocals) share a mission to craft songs with the gritty spunk and dark playfulness of a cult-classic splatter film. “Hungry Sam” is a binge-worthy feast of chugging guitars and belly-rounded drums. B-side “Trade Our Sins” is a cautionary slowdance fit for the end of the night or the end of the world. Their self-described “sister vocal act” shares the snarling, over-it-but-totally-into-it vocals throughout their songs, moving from dirty surf-pop guitar jams to power-packed garage rock.   www.instagram.com/theparanoyds