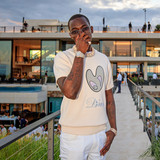 Coming out of Brooklyn with a style that borrowed from both Chicago (drill music) and the South (trap), rapper Bobby Shmurda launched as an Internet sensation with a gangster track and its accompanying gangster dance. The Southern influence was picked up from Shmurda's N.Y.C.-based family, who had roots in the South. The young Bobby remixed 50 Cent and Jay-Z tracks with Southern beats, and used this East Coast/Dirty South blend of styles when he joined the Brooklyn crew GS9. In 2014 he dropped the solo track "Hott Nigga" along with the video, the latter featuring the GS9 crew and a street dance called the Shmoney Dance. The track was an instant hit, with artists like Jeezy releasing their own remixes, while Beyoncé and Jay-Z co-signed Shmurda when they worked the Shmoney Dance into their national On the Run tour. By the end of 2014, Shmurda had signed with the Columbia label, while GS9 released their Shmoney Shmurda mixtape. ~ David Jeffries, Rovi