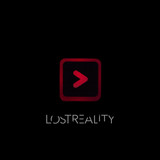 Lost Reality is a project which dates back to 1996 and has undergone a radical evolution over time. Over the last years the band is settled into its current electro rock/alternative 3-piece lineup. The band were featured in many of compilations and magazines (PSYCHO, Gothic Magazine, Nachtaktiv Magazin), in radios and tv shows (Demoltion, Database, Salaprove, Rock TV Tour, Rock TV Night and Rock TV's, On The Road) and was finalist or won national and international music competitions (I-Tim tour, Diesel U). Lost Reality have supported on stage, among others, Clan of Xymox, Richie Kotzen (who was previously in chart topping Rock bands Poison and Mr Big) and Litfiba. The band's last album 'Fleeting Awareness', came out to critical acclaim in 2014. They played a number of concerts to promote the new album including two headline shows at the prestigious O2 Academy and at 93 Feet East and at a showcase set at Scala. Lost Reality have now released their debut single "Stone" from their forthcoming EP "Pearls before swine". The EP includes four original tracks and a cover of Depeche Mode's Black Celebration. Official links: www.lostreality.it www.facebook.com/lostrealityspace www.youtube.com/user/lostreality open.spotify.com/artist/34QDD728SZlNUCtZQ6UqY8 soundcloud.com/lostreality it.wikipedia.org/wiki/Lost_Reality www.instagram.com/lostrealityspace