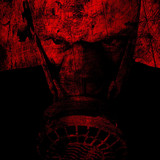 G.H.T is a Swedish group that was formed in 1987 but which was dormant for many years. In 2020, the band re-emerged and released the two albums Down the Valley of the Shadows which are mostly based on poems by Edgar Allan Poe. The second album The Seven Deadly Sins revolves around the seven deadly sins and religious issues. On May 21, the third album, Voices of the night, will be released, focusing on the well-known author and poet Henry Wadsworth Longfellow. Musically, G.H.T moves between heavy dark synth to industrially distorted synths. G.H.T produces there own music videos witch can be found on YouTube. All music and pictures are produced by G.H.T Production. www.ghtproduction.com https://www.youtube.com/channel/UCQZ9oYTSSSNuD7wXZGi-rqw