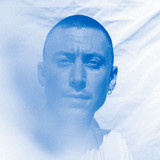 Born to a devoutly religious family in Olympia, WA, Noah Gundersen has been writing and recording music since he was but 13, working his way from teenage hardcore and indie rock to the creation of his own distinctive strain of bold, genre-busting songcraft. A series of solo EPs – including 2011’s breakthrough FAMILY – eventually led to 2014’s self-produced full-length debut, LEDGES. CARRY THE GHOST arrived the following year, earning acclaim from the likes of NPR. Noah continued to gain popularity after his music was featured on television shows like Sons of Anarchy, The Vampire Diaries, One Tree Hill and Nashville. Ever searching, he impelled his music towards new terrain on 2017’s WHITE NOISE, melding his increasingly potent lyrical motifs with complex electronics and startling levels of sonic intensity. The album reaped a whirlwind of critical acclaim upon its 2017 release. Consequence of Sound wrote, “...the Seattle native has evolved to become an even more striking musician, his lyrics not only burning brighter, but his arrangements fuller and more intense to match their maker.” Along with his recorded canon, Gundersen – who also maintains membership in Seattle indie rock heroes Young In The City and the all-star Americana collective known as Glorietta – has spent much of his adult life on the road, performing as headline act and support to like-minded artists spanning Emmylou Harris, Beck, City & Colour, and Josh Ritter.