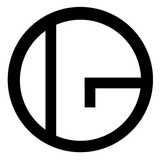 Named after the main character in the 1890's philosophical novel by Oscar Wilde, Dorian Gray is a five piece Metalcore band from St. Catharines Ontario.  Formed in 2006 by Chris Dipardo at a house party, the group known at the time as The Picture Of Dorian Gray decided to challenge themselves and write the most chaotic music they could think of.  The four piece quartet added a second guitar player after they performed their first few shows, making them a five piece. It was at this point the band added a new vocalist, Jared Polowick, and set out to record their first official EP. In 2007 the group did a full east coast USA and Canada tour to release their self titled EP. In 2008 the band released The Precurse and toured Canada and The USA to promote its release. In 2010 the band decided to take a break and went on hiatus. In January 2015 the group, with some line up shuffles, came off Hiatus to release Rebuild (2016). This included the addition of a new singer, Manny Araujo, and Alex Draper-Millan as one of the guitarsists. The album won them NMA Metal Band of the Year, twice. On May 10, 2019 "Grow" was released nationally in Canadian stores & online. The group will be releasing their 3rd full length and 7th release "Conquer" in 2022. Dorian Gray has shared the stage with: Memphis May Fire, The Devil Wears Prada, Like Moths To Flames, August Burns Red, Emmure, Emarosa, Dr Acula, Misery Signals, The Dillinger Escape Plan, Dead and Divine, Northlane.