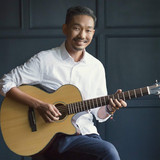 Paolo Santos, singer, songwriter, and acoustic guitarist. He rose to the limelight with his hit rendition of PM's "Moonlight Over Paris" in 2009. He has since released the albums 'Back to Basics,' 'How Sweet It Is' and 'The Anthology.' Beloved by his supporters and listeners for his music's genuineness and simplicity, Paolo took the contemporary scene by storm. He has shared the stage with international artists like Duncan Sheik, Jason Mraz, and Keith Martin. He was a guest performer at two concerts on the American West Coast - one in San Francisco, the other in Los Angeles – with Jasmine Trias, the Filipino-Hawaiian discovery on American Idol, the popular talent-hunt television show in the United States. (via last.fm)