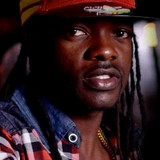 Damian Keywee Morgan is a Dancehall Reggae artist from portmore, Jamaica. Despite his stage moniker, Quello Boss,Di gyal dem fruit, Keywee writes music about a wide range of topics. He has been in the underground Dancehall music scene since 2010, trying to make a name for himself by doing stage shows, music compilations, and performing at weddings. He got his first record deal in late 2017 with MVB Records, and also signed an artist management deal that same year with his label's parent company, MVB Entertainment. But keywee is presently sign NOW with SEVEN GATE ENTERPRISE 2019