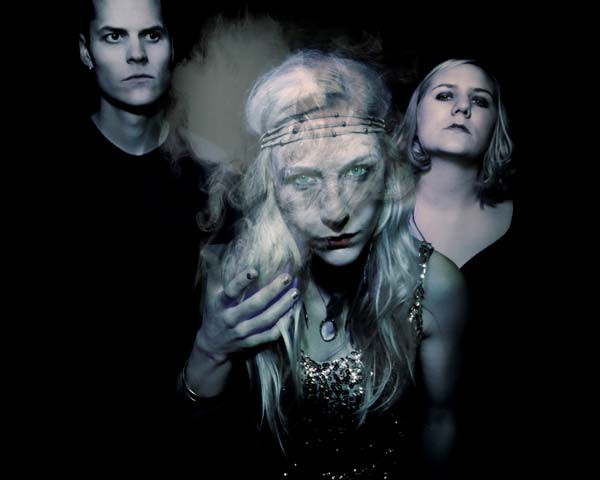 Hedwig Mollestad Thomassen is a Norwegian guitarist, composer, and improviser active in both the hard rock and jazz scenes. She leads her own trio with bassist Ellen Brekken and drummer Ivar Joe Bjørnstad, and has collaborated with jazz and rock artists. Her sound is comprised of hard rock and heavy metal elements -- in particular the influence of Black Sabbath and Led Zeppelin -- and the skronky jazz sounds of improvisers such as Sonny Sharrock, James Blood Ulmer, and Pete Cosey, evidenced by the albums All of Them Witches (2013) and Black Stabat Mater (2016). Thomassen was born in Ålesund, Møre og Romsdal, Norway in 1982. She began playing guitar at the age of ten on her mother's nylon-string instrument. While she had no "formal" musical education to speak of, her learning ground was her father's extensive jazz and rock & roll record collection. Still in high school, she translated a biography of Jimi Hendrix for a school project. She immersed herself not only in his groundbreaking work, but also in the guitar styles of everyone from Jimmy Page to Sonny Sharrock, Fred Frith to Pete Cosey, and John McLaughlin to Carlos Santana. Before forming her trio, she collaborated with a wide swath of musical personalities and ensembles including the Bronco Busters, Sweet Potatoes, Vom, and her own early Mollestad Trio. Her recording career began as a guest on the Cumshots' (environmental activist musicians Kristopher Schau and Ole Petter Andreassen) fourth album, A Life Less Necessary, in 2009. She also immersed herself in improvising and playing jazz, and won the Jazztalentprisen for Young Jazz Talent of the Year at the Molde International Jazz Festival in Norway that same year. She formed the Hedwig Mollestad Trio with Brekken and Bjørnstad immediately after. In 2010, she appeared as a guest soloist on Jarle Bernhoft's cassette-only offering 1:Man 2:Band. Her trio's debut album, Shoot!, appeared on Rune Grammofon in 2011, and was widely acclaimed for its bracing mix of hard rock, metal, and free jazz. Later that year she appeared as a soloist on the Trondheim Jazz Orchestra's Migrations, on the Jon Eberson Group's The Coarse Sand & The Names We Wrote, and Hilde Marie Kjersem's Let's Let Go. In 2012, Mollestad (on guitar and Hammond B-3) became a member of Andreassen's rangy, revolving, progressive supergroup El Doom & The Born Electric. The band's members also included Ståle Storløkken, Eberson, brothers Håvard and Brynjar Takle Ohr on drums and guitar, respectively, bassist Nikolai Hængsle Eilertsen, and Mikael Lindquist on Mellotron. They issued a self-titled album on Rune Grammofon. Her own trio played at the Steinkjerfestivalen that summer. The Hedwig Mollestad Trio's sophomore recording, All of Them Witches, was released in 2013 to universal acclaim in jazz, avant-garde, and indie rock circles. She also recorded a studio album with the Trondheim Jazz Orchestra entitled Ekko that year, and she appeared with them live. In June of 2014, the HM3 issued its third album, Enfant Terrible. The band's sound continued to evolve through its live performances as Mollestad and her band embraced more improvisational music and free jazz. Its rock dynamism remained inherent, however. In 2016, the double-length Evil in Oslo and the studio set Black Stabat Mater, were both released by Rune Grammofon. After its release, the group's focus began to shift again, moving toward avant jazz, even as they opened for Black Sabbath and guitarist John McLaughlin on festival stages across Europe. In early 2018, Mollestad's trio issued Smells Funny for Rune Grammofon, a reappraisal of hard rock that showcased the guitarist's growing reputation for original riffs and deep, unwieldy, emotional solos. ~ Thom Jurek, Rovi