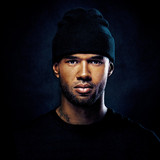 In 2013 Mr. Probz appeared on prime-time national TV in The Netherlands to perform his original acoustic version of Waves, which would become one of the biggest hit songs in Dutch music history. The single earned a Grammy nomination, since then he featured on collaborations with hip hop artists such as 50 Cent, T.I., Chris Brown as well as international artists including Hardwell & Armin van Buuren who have both held the number 1 position for the highly acclaimed DJ Mag Top 100. In 2015, Mr. Probz released his second multi-platinum follow-up single Nothing Really Matters worldwide, which featured EDM remixes from international DJs including Afrojack.

He capped off the year by being named as one of Billboard Magazine’s Top 10 dance/electronic artists, featuring at number 8 alongside acclaimed acts such as David Guetta, DJ Snake, Calvin Harris, Major Lazer and Diplo. Whilst his musical composistions have included works across hip hop, pop and soul, he was honoured to be included with such elite dance music artists. After he played numerous dance events with Armin van Buuren he focused on solo records once again. Resulting in multiple single releases; ‘Fine Ass Mess’, ‘Till You’re Loved’, ‘Gone (with Anderson. Paak)’ and ‘Space For Two’. On the 18th of May 2017 his very own documentary ‘Against The Stream’ was released, showing both his life story and the road to global success and fame. The documentary was released with an official soundtrack that goes by the same name.