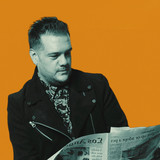 Peter Daily is a singer/songwriter whose home base is in Los Angeles, though his roots lay in the heart of Texas. He hails from a musical family, and was particularly influenced by his father, who sang in a gospel group based in Dallas, Texas. Peter spent much of his childhood on the group's tour bus, and inherited his father's knack for performance early on. He began performing in front of crowds when he was 4 years old and started playing drums soon after. During his teenage years, Peter taught himself piano and continued his lessons with a blind pianist who left an indelible mark on his musical path. In 2004, Peter began touring as musical director for rapper/singer Pigeon John. The group toured North America and Europe, opening for the likes of Mike Patton & Peeping Tom, Of Montreal, Matisyahu, Pretty Lights, Brandi Carlile, Atmosphere, Ween, Sleater-Kinney, and N.E.R.D. As a solo artist, Peter's work has included production by Adam MacDougall (Circles Around the Sun) on his eponymous Royal Band album. The Royal Band album also included guest artists such as Brian Ray (Paul McCartney) and the late Neal Casal (Circles Around the Sun).