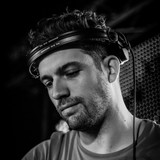 Sem Thomasson is an established name in the Belgian electronic music scene. A couple of years back, the young producer and DJ gained international attention with his stunning remix work for recognized artists like Clean Bandit, Zara Larsson, Flo Rida, Nelly Furtado, Lost Frequencies, Steve Aoki… This led to a quick rise of his DJ career with numerous appearances in the best clubs around the globe, a few international residencies under his belt and multiple gigs on festivals such as Tomorrowland and Tomorrowworld. Throughout the years he changed and developed his sound. With his residency in club Versuz (#40 in the world) he plays house and tech house music with a recognizable feel.  As a music producer he released tracks on labels such as Axtone, Spinnin Records, Warner Music, Protocol Recordings, Big Beat Records, Universal Music and Atlantic Records just to name a few. Thomasson wrote and produced several top 10 house tracks in the Belgian national charts and several Beatport top charting club tunes with support from numerous Dj’s around the globe. His new label Hot Fuss Records is charting with every release on Beatport. Thomasson was named by Beatport as a future talent to watch.